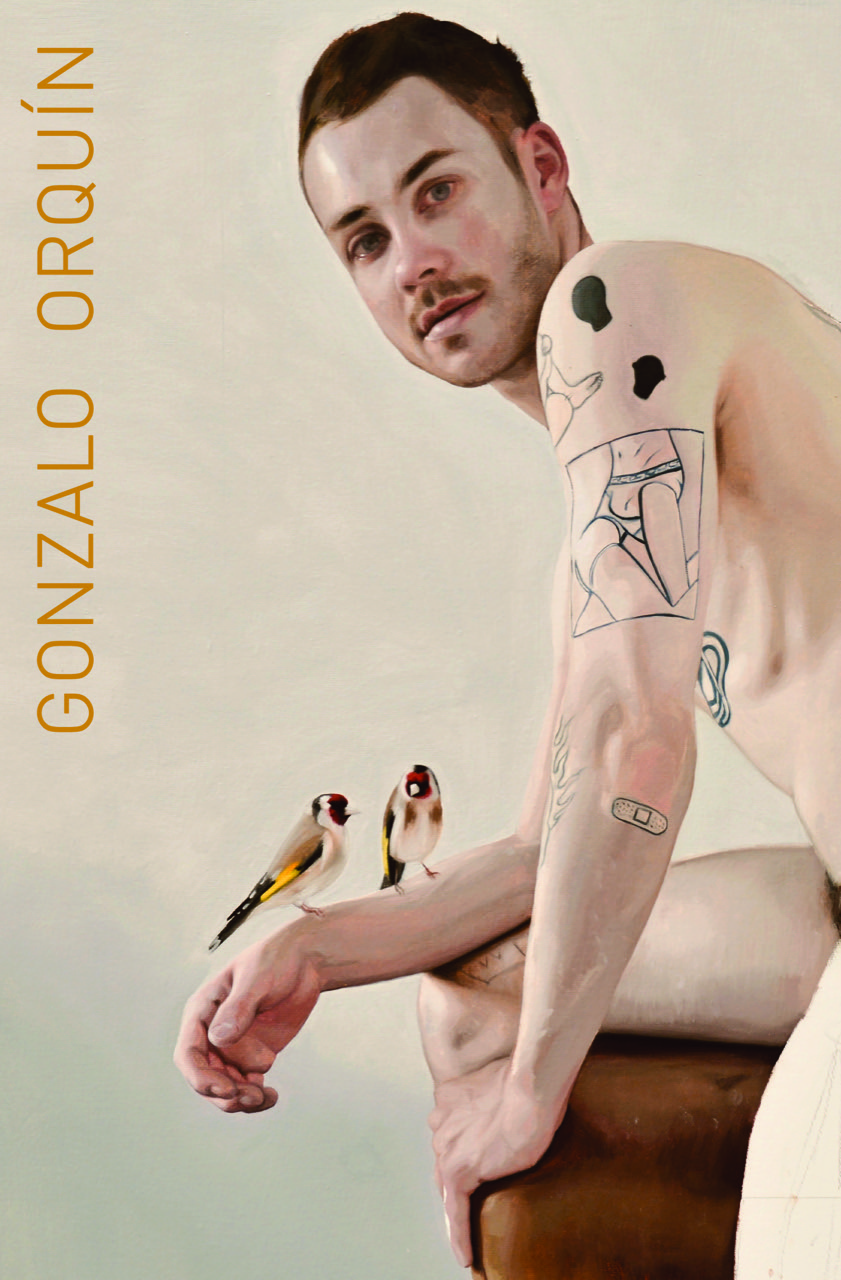 Since the beginning of his career, Gonzalo Orquín has always placed the lgbtqa+ cause at the centre of his work, focusing his attention on contemporary heroes, martyrs and fighters who are proudly gay in countries where being homosexual is still rejected, oppressed, and even sometimes punished with the death penalty.

His 2014 photography project, Sì, quiero, which depicted same sex couples kissing in Catholic churches in Rome, provoked a huge uproar worldwide, even attracting an official warning from the Vatican to expose the work.

From the beginning of May until the end of July, the artist Gonzalo Orquín made a residency at the Village.Berlin as part of the instinct Berlin Residency Program. The works produced during this period as well as a selection of previous paintings and drawings will be presented during the exhibition ‘fighting, loving, dreaming: my Berlin diaries’. The first solo show of the spanish artist in Berlin.

Alongside a series of works featuring fighting people and war scenes inspired by The Disasters of War by Goya that showcase the cruelty of mutilated bodies of people fighting for their ideas, Orquín presents us a shattering painting made in memory of Hande Kader, a transgender Turkish woman and an advocate for the lgbtq rights in her country, who was killed at just 23 years old as an example.

The violence of the pictures project us in the lives of the subjects, lives ended in tragedy, following powerful, disruptive acts in difficult social arenas where human rights are scarce. The images are taken from mass media sources, photos which we seldom see and quickly forget. Orquín doesn't give the audience any chance to escape but forces them to see and feel the pain.

In the Berlin part of his project, the vision changes. Orquín combines portraits and images of an intimate and serene daily life. Desire and eroticism transpire not only as a source of pleasure, but also as an affirmation of freedom and identity. It denounces the fragility and the fictional aspect of homo/hetero normalcy and the paradox of the privilege of living in a free country.

The faces and bodies present a masterful beauty, created with the charm of a timeless figurative kind of painting, which is one of the Sevillian artist’s trademarks.

Instinct.Berlin is an experimental and collective art project focused on discussing ideas of the male/ masculinity as a physical, social and political construct in contemporary society as seen from an open spectrum of perspectives.
Instinct.Berlin presents a bi-annual art exhibition & a residency program.